2015 was definitely an interesting year with a lot of different challenges and success.  In the year previous I was asked by Tep No to come up with a classical guitar line for a tropical house tune he wanted to do.  I did it late one night and he developed a great song around it that wasn't released till January 2015.  We had the fortune to have it premier on the BBC on Pete Tong's radio show and that really helped launch it.  By the end of 2015 it had 2 licenses (Michael Korrs video and a US tv show) and it got  4 million listens on Spotify.  We'll see how much farther it can go in the new year.  Here's the song on spotify and the Michael Kors video:

From this collaboration I ended up meeting other deep house producers who liked what I was doing and wanted to collaborate as well.  I've been doing a lot of work with Chicago producer Kiso Armic and a French producer Daitshi.  A remix I contributed guitars to for Kiso ended up going to number 1 on the remix chart on Hypemachine.  A song I contributed guitars to for Chris Lago got signed to Armada Music.  I did so many of them this year that I decided to make a SoundCloud playlist so I could put as many of them together as I could.  Here it is:

At the beginning of the year I also finished up my band's second and final EP entitled, "Prophecies".  I can't tell you how proud I am of that collection of songs.  It really was a great project and my only regret is that more people didn't get to hear it.  Here's a link to the EP if you want to check it out:

At the beginning of the year I also reached out to Canadian Musician about contributing articles to their magazine.  I didn't really expect to be taken seriously but the editor wrote back the next day and said he liked my writing style and could use some of my stuff.  I had two articles published by them last year and am looking forward to pursuing more writing with them and other publications this year. 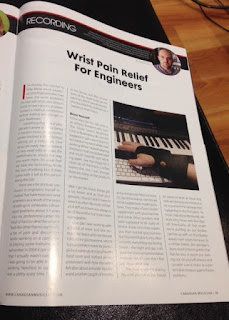 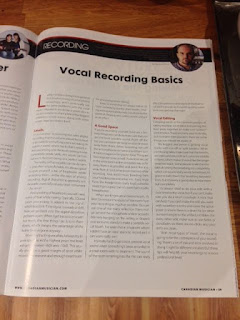 In the spring my son and I got to do something different.  My favourite radio show, WireTap was doing an open call for people to be a part of a video they were making called "How to Age Gracefully".  I have loved the show since it started 11 years ago and jumped at the chance to be a part of the video.  My son and I got to go to the CBC and record little snippets of advice to our younger selves.  It was fun and both of us made the cut.  To date the Facebook video has 27 million views and even a few weeks ago I had someone emailing me saying they saw me in it even though I just appear very quickly.  The final version is simply beautiful.  Here it is:

So all this and tons of great indie artists I always love working with.  Let's hope we find more success together in 2016!


Here's links to my site and social media: