Well 2014 is finally over and I figured I'd write a year in review to close it off right.  This was my 15th year running my music production company Morph Productions and it was definitely a unique one.  Aside from my regular duties helping lots of indie artists with their music projects I was also put in the position of promoting my own band and seeing a song I co-wrote get released by Sony.  Always great trying new things and developing new opportunities!

The beginning of the year had my band, As the City Rumbles Underneath release their first EP.


As I've said in the past one of the reasons I wanted to do this project was to put myself in the position of my clients and learn how to promote an indie project.  Starting from nothing was really daunting but I ended up having a lot of success with my promotion efforts.  The band's music was featured on about 50 blogs, podcasts and internet radio (internet and FM).  I was also able to build our twitter following to 3600 followers and get a lot of interactions with the indie community from it.  I'm going to write a bunch of blog postings about band promotion from what I learned in the next few weeks.  Here was the first one I wrote about building a Twitter following:

Another interesting event that happened this past year was from a collaboration I did with Chris Lago.  We ended up writing a song that ended up being the "the little song that could".  After being released on a popular YouTube channel and getting tens of thousands of views within a few days Armada Music (Armin Van Buuren's label based in the Netherlands) decided to sign and release the song.  A few months later we found out that Sony owns Armada and Sony Canada decided to release the song with full radio support in Canada.  If this wasn't enough to get excited, the song became the "Bell Future Star" of november which means all the Bell Media owned radio stations (Virgin, etc) gave the song a lot of national airplay.  I've had songs on commercial radio before but not to this extent so it was a really good experience.  Here's the song if you want to check it out:

I also began an ongoing collaboration with electronic artist Tep No who had a really great 2014.  Some of our writing collaborations will be coming out early this year but in the meantime here is a remix Tep No did for Nora En Pure that I contributed guitars to.  Really proud of how this turned out!

Last but not least I've been doing a lot of work with The Airplane Boys for their new album that will be released early this year.  Always great working with those guys and I think this new project will be their biggest yet! 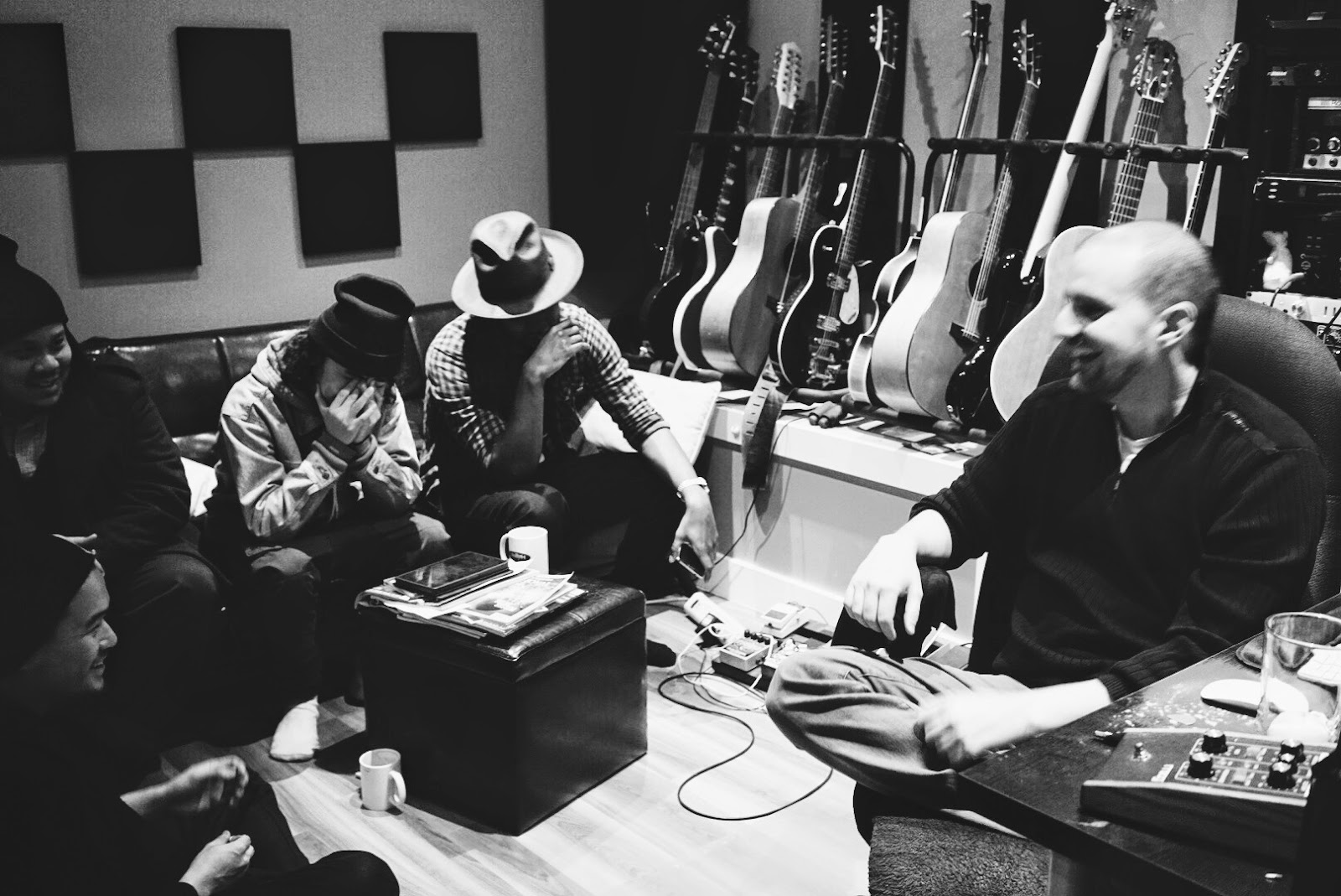 So in closing it was a pretty interesting year!  I'd be lying if I didn't say there were some challenges but some good seeds were sewn for 2015.  This year I'm looking forward to the new Airplane Boys project I've been working on being released, new collaborations with Chris Lago and Tep No as well as a new EP being released by my band.  In addition to these projects I'm going to continue to look for more music licensing opportunities as well as more artists to co-write with and develop.  Feel free to email me if you have a project you think I could help you with!

Here's links to my site and social media: